As Asian countries such as China, Japan and South Korea rapidly enter an aging society and diseases have changed from infectious diseases to cardiovascular diseases, the structure of the Asian medical device market will also undergo profound changes.

Some organizations predict that minimally invasive surgical instruments such as implantable vascular stents, vascular surgical catheters, heart valves, and artificial blood vessels used in cardiovascular or cardiac surgery will have an impressive global sales of 19.5 billion in 2011. ~ 20 billion US dollars, of which Asia has a 15% share, ranking third in the United States and Europe. The rapid growth of the Asian market is therefore of concern to Western economic analysts.

Thirty years ago, doctors in most Asian countries, except Japan, Singapore, and Hong Kong, which had highly developed countries and regions, had advanced diagnostic imaging cameras such as CT. Most doctors in Asian countries did not know what CT machines were. Today, Asia has become the world's third largest market for CT, MRI, and high-definition X-ray machines.

It is understood that in the Asian region, tens of thousands of high-end electronic diagnostic equipment such as black and white or color B-ultrasound, thousands of ordinary CT machines, and hundreds of MRI cameras were sold last year. Now even some rural hospitals in wealthy Asian countries are starting to be equipped with CT machines, not to mention the relatively cheap B-mode.

Another new development in the Asian medical device market is the rapid spread of small electronic devices for personal diagnostics in many Asian countries.

The number of elderly people in Asia accounts for about half of the global aging population. Older people are prone to various bone and joint diseases. Therefore, it is predicted that artificial bone joints, bone cement, artificial bones and other orthopedic devices will become the Asian medical device market. New hot items.

Western economic analysts are optimistic about the development prospects of the Asian medical device market. There is another basis for Vietnam and Indonesia, two of which were previously regarded as less developed countries by Westerners. The population of these two countries is close to 300 million, and the GDP growth of the two countries has been faster in the past few years. This laid the foundation for the two governments to increase the expenditure on national health care. At present, regardless of Indonesia or Vietnam, the configuration of medical equipment in township hospitals is not ideal. If the rural hospitals in these two Southeast Asian populous countries can be equipped with advanced medical equipment such as B-ultrasound, CT or high-definition X-ray machines, the Asian medical device market will increase sales by at least 15% each year.

Previous article:
China is expected to become the world's second largest exporter of medical devices
All products are produced in accordance with or better than ISO9001, ISO13485 (idtYY/T0287), CMD, FDA (CE standard)
Next article: 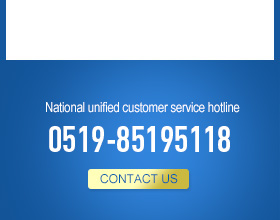